Drilling has discovered high-grade (up to 32% zinc) VMS mineralization warranting followup exploration at Fleetwood and along-strike south to the Seneca deposit.

Fleetwood is prospective for polymetallic massive sulphide bodies similar in nature to deposits at Nyrstar’s Myra Falls mine on Vancouver Island.

Inomin has formed a strategic alliance on the adjoining Seneca property to enhance the exploration-development potential of the Fleetwood-Seneca properties.

The Fleetwood project is located at the northern extension of a 6 km by 2 km northwest trending structure hosting extensive Kuroko style zinc-copper-silver-gold rich VMS mineralization. Exploration in the belt has discovered the Seneca zinc-copper-silver-gold deposit, the partially-delineated Fleetwood, 33 and Vent zones, and several priority exploration targets. These mineral areas are typical of VMS districts where deposits commonly occur in clusters.

Note this report is not available and a qualified person has done enough work to classify this estimate as current mineral resources or mineral reserves. This estimate cannot be considered as reliable since it is unknown whether or not it was prepared by a qualified person. In addition, resource categories are not mentioned and assumptions, parameters and methods used to prepare it are not known. There is no known more recent estimate, and much additional drilling would be needed to verify such an estimate. The only relevance herein is strictly as geological information. This historical estimate is not considered current or as an indication of what might be found on the Fleetwood-Seneca project claim holdings. A qualified person has not done sufficient work to classify the historical estimate as a current mineral resource and is not treating the historical estimate as a current mineral resource.

Exploration and development work at the Seneca deposit included 33,000 metres of diamond drilling, underground development, and extraction of a bulk sample that was custom milled at the Britannia Mine, 35 kilometres north of Vancouver.

The bulk of the exploration done at Fleetwood was by Minnova Inc., (Minnova became Inmet Mining which was acquired by First Quantum Minerals) that discovered the Fleetwood zone in the early 1990s.

Northeast of the Fleetwood zone, field work in 2017 confirmed the presence of anomalous zinc and copper values (geochemical sampling by Chevron) occurring within a prominent 1.75 km x 1 km airborne EM anomaly. This Fleetwood EM anomaly is located in rocks higher in the volcanic succession and may represent a stacking of mineralized horizons. Further work is recommended at this large target including a DC IP survey as geophysical surveys in the Seneca deposit area have demonstrated IP is an effective exploration tool.

Exploration at Fleetwood has demonstrated the existence of widespread polymetallic mineralization. Like the metal-zoned VMS deposits at Nyrstar’s Myra Falls Mine on Vancouver Island, the Fleetwood property hosts geologically diverse mineralized bodies with the principle minerals being sphalerite, pyrite and chalcopyrite. Several areas at Fleetwood, and along trend to the Seneca deposit, offer opportunities for the discovery of high-grade zinc-copper-silver-gold VMS deposits. 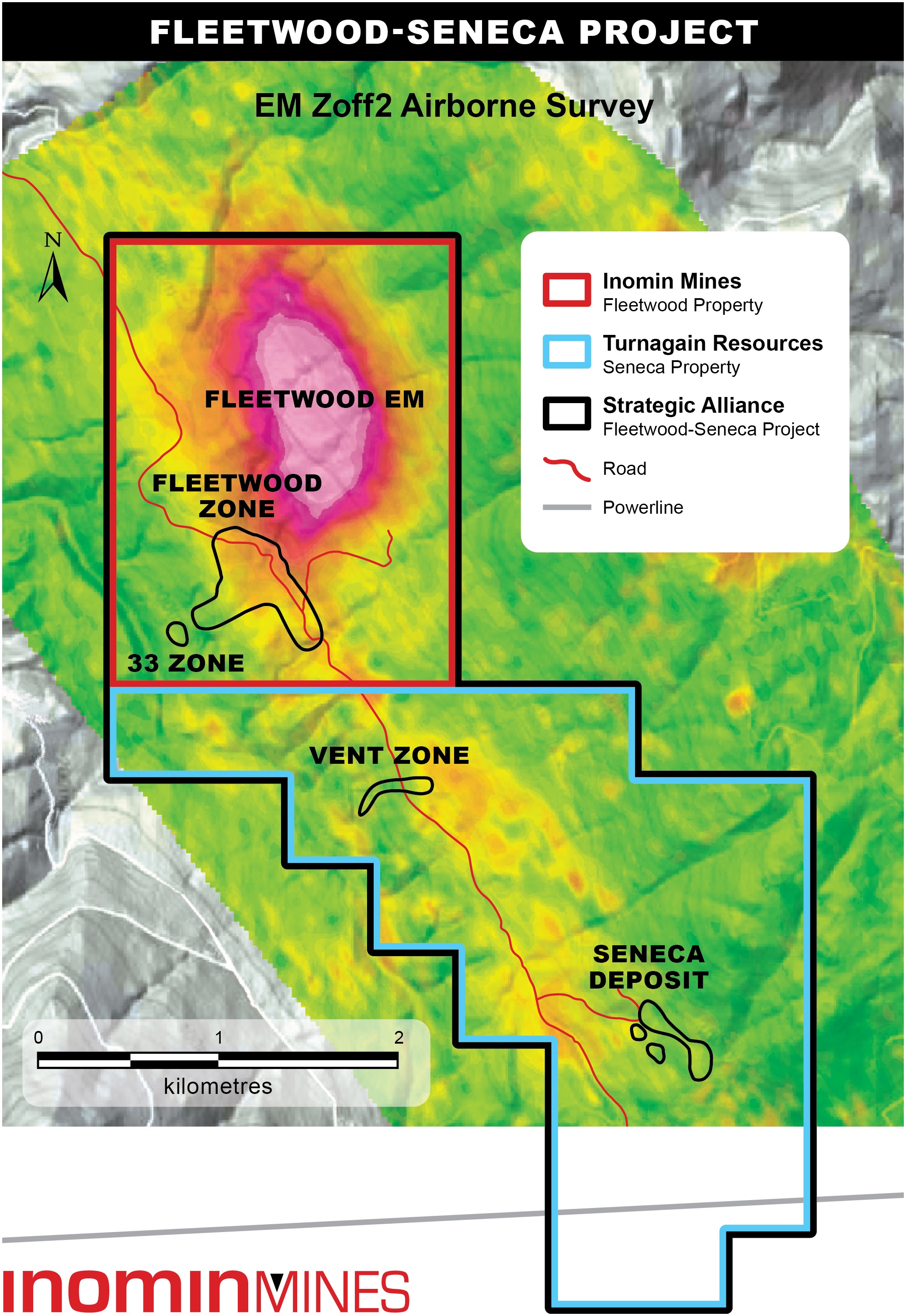 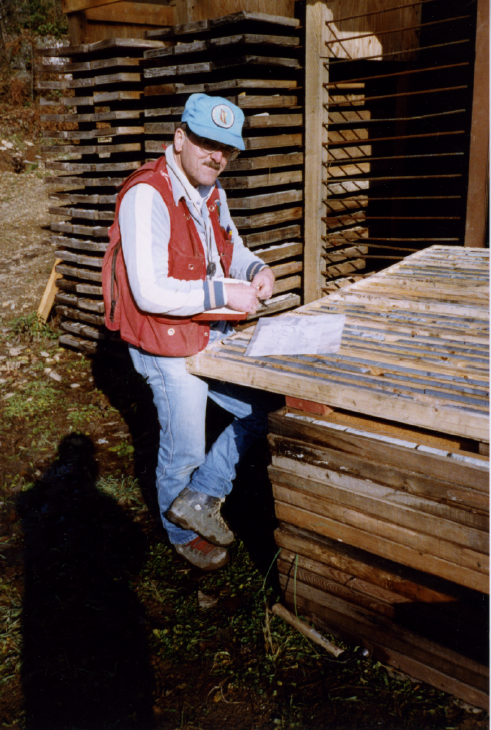 An airborne magnetic survey reveals two distinct north-northwesterly trending magnetic high zones (dashed black lines). The major western trend cuts through the Fleetwood and Vent zones, and to an area approximately 800 m west of the main Seneca Pit. The white solid line is a possible EM conductor. The source of this conductor/magnetic high susceptibility anomaly is not known.

To enhance exploration and development opportunities of the Fleetwood-Seneca VMS district, Inomin has formed a strategic alliance with Turnagain Resources Inc. to co-market the company’s adjacent properties as a single project. Turnagain owns the adjoining Seneca project that hosts the polymetallic Seneca deposit. The companies intend to seek a partner to advance the exploration of the combined properties and/or purchase of the project.

The Seneca VMS deposit was delineated primarily by Comino Ltd. in the 1970s. In the Seneca Pit area, the mineralization is associated with dominantly felsic fragmental footwall unit known as the ore zone conglomerate. It is a massive sulphide body with a chalcopyrite-pyrite rich base overlain by sphalerite-barite-galena-rich ore.

Drilling at the Seneca deposit has encountered several significant intersections including the following:

These numbers illustrate the high-grade, polymetallic nature of the massive sulphide mineralization at the Seneca deposit.

The stratabound alteration in the Seneca Pit area is along strike from the stockworks in the Fleetwood and Vent zones suggesting a possible larger-scale structural control on the hydrothermal activity, as well as a positive genetic relationship between the different alteration zones. As such, the along-strike areas among the Fleetwood zone, Vent zone and Seneca deposit are priority exploration targets for discovery of additional massive sulphide bodies.

The strategic alliance makes Fleetwood-Seneca considerably more attractive to a new partner looking to explore for polymetallic deposits in an established VMS district.

With VMS deposits typically occurring in clusters, good opportunities exist to discover new VMS deposits in the Fleetwood-Seneca district. In addition to the previous mentioned areas, other priority targets include the following areas:

To inquire about acquisition, joint venture, or related opportunities for Fleetwood-Seneca please contact: 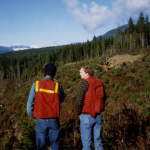 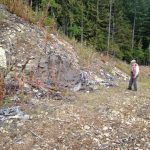 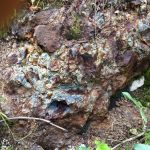 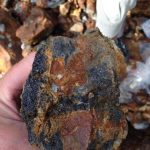 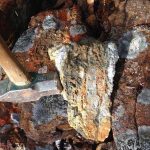 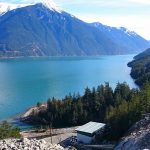 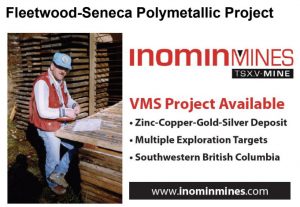 STAY UP
TO DATE: