Vancouver, British Columbia, November 28, 2022 – Inomin Mines Inc. (TSX.V: MINE), (“Inomin”, “MINE” or the “Company”) reports it has staked 1,516 hectares of mineral claims to enlarge the Company’s Beaver-Lynx critical minerals project to 22,436 hectares. The new claims were acquired to cover prospective magnetic targets identified by airborne surveys.

John Gomez, President of MINE comments, “Our significant discovery at Beaver confirmed that magnetic targets, identified by ground and airborne surveys, are associated with rich mineralization hosting high-grade magnesium as well as nickel, chromium, and cobalt. When prospective ground became available, we jumped on the opportunity to expand our exploration footprint.”

Inomin’s inaugural drilling program at Beaver generated a major discovery of high-grade magnesium and other critical minerals including nickel, chromium, and cobalt.

Drill-hole B21-02 intersected 252.1 metres (827 feet) grading 20.6% magnesium with nickel, chromium, and cobalt. B21-02 is the longest mineralized hole ever drilled at Beaver, and the first-ever drilling in the Spur zone, one of four mineralized zones on the eastern side of the property covering a 7-kilometre-long strike length.

The Company’s drill discovery found substantial near-surface mineralization in all drill holes. Furthermore, all holes ended in mineralization leaving the discoveries open to extension at depth.

The 13,610-hectare Lynx area is geologically similar to Beaver with even larger mineral targets as defined by magnetics data.

Drill core samples from Inomin’s Beaver discovery are undergoing metallurgical testing to determine recovery of magnesium. The results of the scoping tests will provide important information about how much magnesium can be recovered using conventional metal processing, and assist the Company plan next steps for the project. The metallurgical program is being conducted by an industry-leading testing company.

Based on positive test results received from the University of British Columbia’s Carbon Mineralization Lab (see Inomin’s June 27, 2022 news release), the Company has had further discussions with UBC spin-out Carbin Minerals Inc. about completing further studies to assess Beaver’s potential for carbon capture and storage. An objective of carbon sequestration is to reduce carbon dioxide emissions at mining and other industrial operations. Carbon mineralization also has the potential to lower mining operating costs and tap carbon credit markets.

The Beaver-Lynx property is ideally located in south-central British Columbia, 50 kilometres from the town of Williams Lake and just 15-kilometres east of the Gibraltar mine, one of the largest open-pit copper mines in Canada. Beaver- Lynx is easily accessible by paved roads with nearby hydro-electric power. The Company owns a 100% interest in the project with no royalties. Given positive drilling and carbon capture test results, as well as district-scale size, the Beaver-Lynx project has the potential to be a leading source of high-grade, green magnesium and other critical minerals. For further information visit Inomin’s website www.inominmines.com. 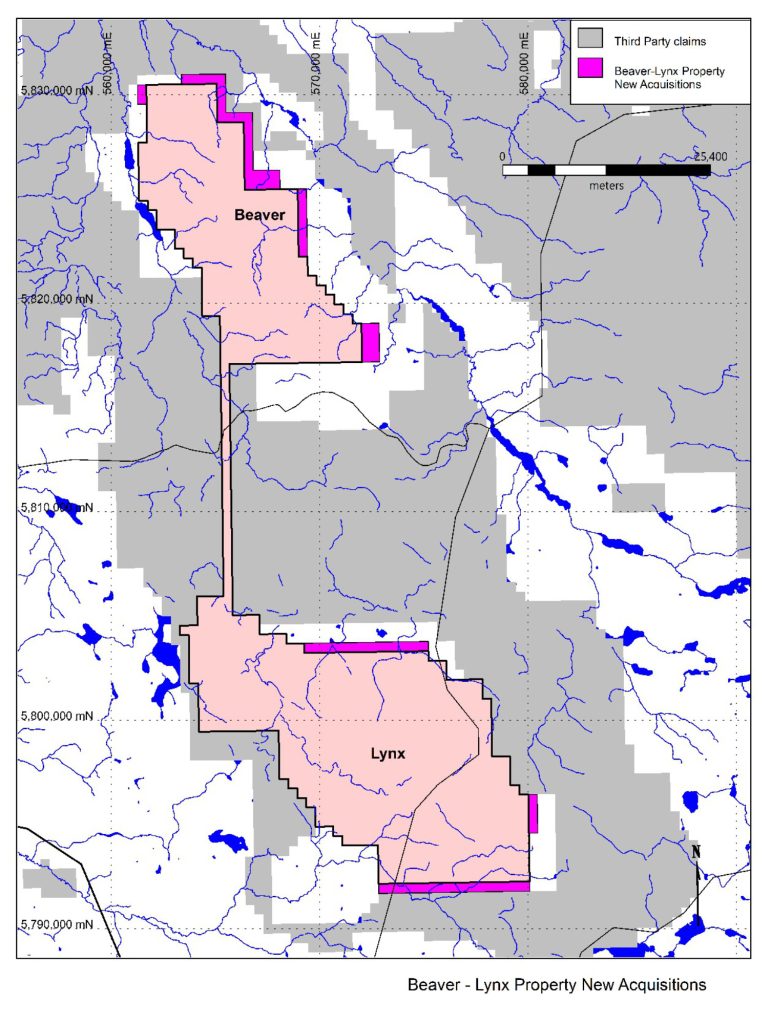 Inomin Mines Director, L. John Peters, P.Geo., a qualified person as defined by NI43-101, has reviewed and approved the technical information in this news release.

Inomin Mines is focused on the identification, acquisition, and exploration of mineral properties with strong potential to host significant resources, especially critical minerals, as well as gold and silver projects. Inomin trades on the TSX Venture Exchange under the symbol MINE. For more information visit www.inominmines.com and follow us on Twitter @InominMines.