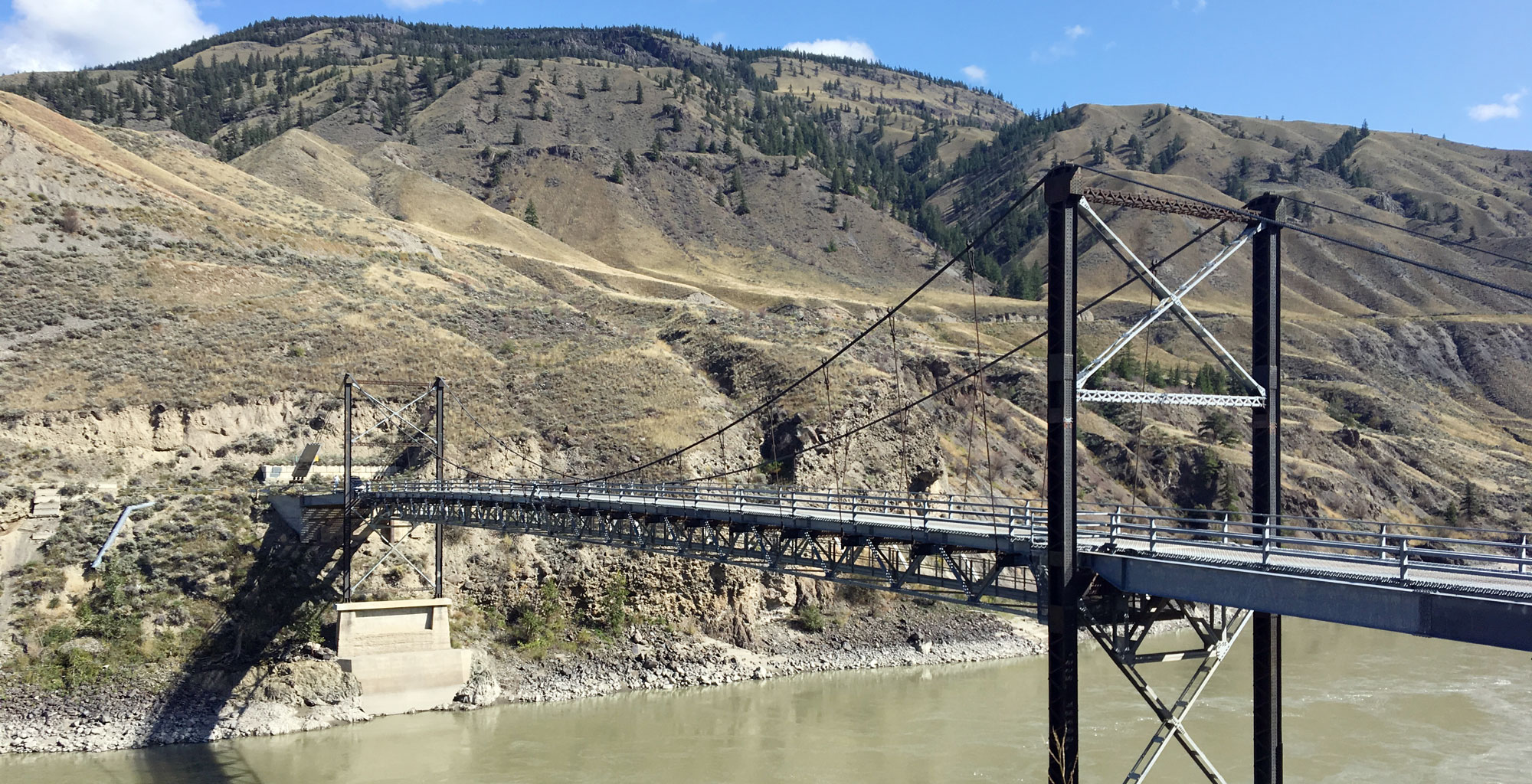 The Lynx property is situated in south-central BC approximately 22 kms southeast of the Gibraltar copper mine, the second largest open-pit copper mine in Canada. The property has excellent infrastructure including paved and forestry service roads allowing easy access to all parts of the property.

Inomin acquired the Lynx property by staking in 2019 following a site visit that confirmed the existence of extensive nickel in outcroppings. The property is in a similar geological environment as the company’s nearby Beaver nickel-cobalt property located just 11 kilometres north. As the Lynx and Beaver properties are near the Gibraltar and Mount Polley porphyry deposits – representative of major hydrothermal activity – the district is geological conducive for hosting substantial mineral deposits. Given the widespread nickel occurrences at Lynx and Beaver, the region could develop into a significant new nickel camp.

The Lynx property is ideally located in south-central British Columbia, 30 kilometres from the town of Williams Lake and 30 kilometres southeast of the Gibraltar mine, the second largest open-pit copper mine in Canada. The property is easily accessible by paved roads, and forestry service roads allow easy access to all parts of the property.   Additionally, electric power is close to the property.

The Lynx and Beaver properties are situated in the Cache Creek Terrane bounded to the east and west by upper Triassic-aged rocks of the Quesnel (Quesnellia) Terrane.  The Cache Creek Terrane, extending from lower British Columbia to southern Yukon, consists of Permian to Triassic-aged volcanic rocks, carbonate rocks, coarse clastic rocks and small amounts of ultramafic rock, chert and argillite. Nickel mineralization is associated with serpentinized ultramafic rocks that may or may not contain magnetite.

RGS (regional stream sediment) data collected by the Province of British Columbia illustrates the existence of a large 10 x 5 kilometre nickel anomaly on the Lynx property. In 2014, an airborne magnetics survey was completed over the property. The survey delineated a 8 kilometre-wide ring-like magnetic anomaly and several strong magnetic – anomalies – all greater than 2 kilometres in length – denoted as the Bear, Skulow, and Onuki area. These three areas were the focus of prospecting: of the 17 rock samples chipped from serpentinite outcroppings, 9 contained greater than 0.1% nickel with the highest grading sample containing 0.27% Ni. In short, the Lynx property shows potential for several very large, bulk-tonnage nickel deposits. 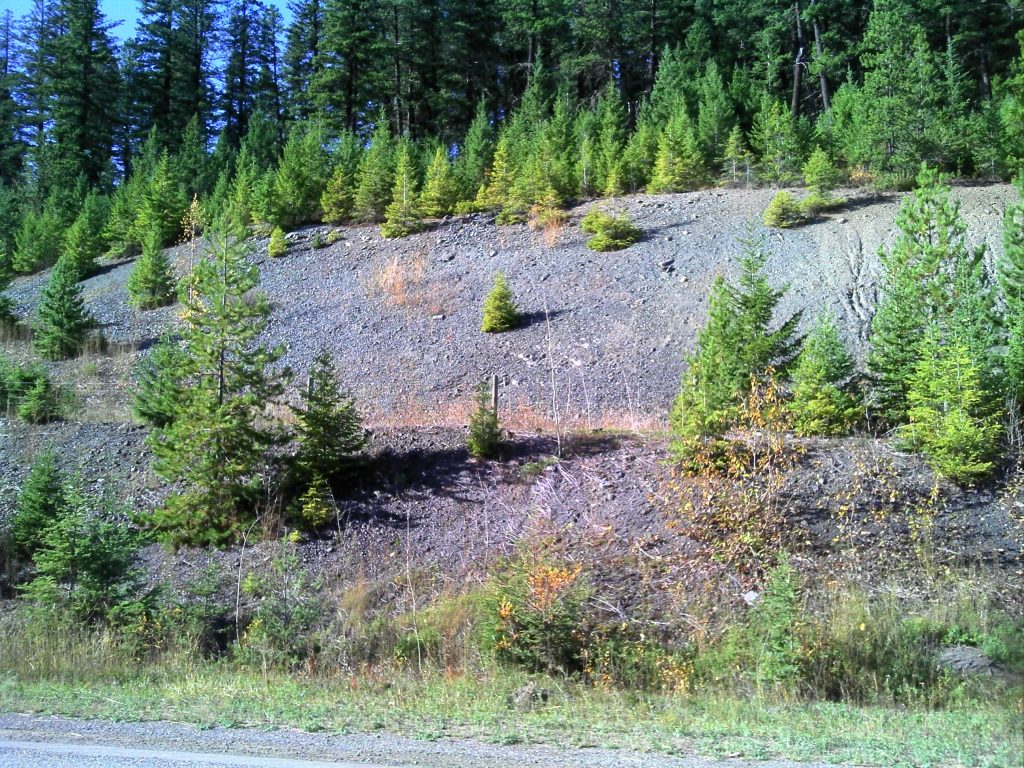 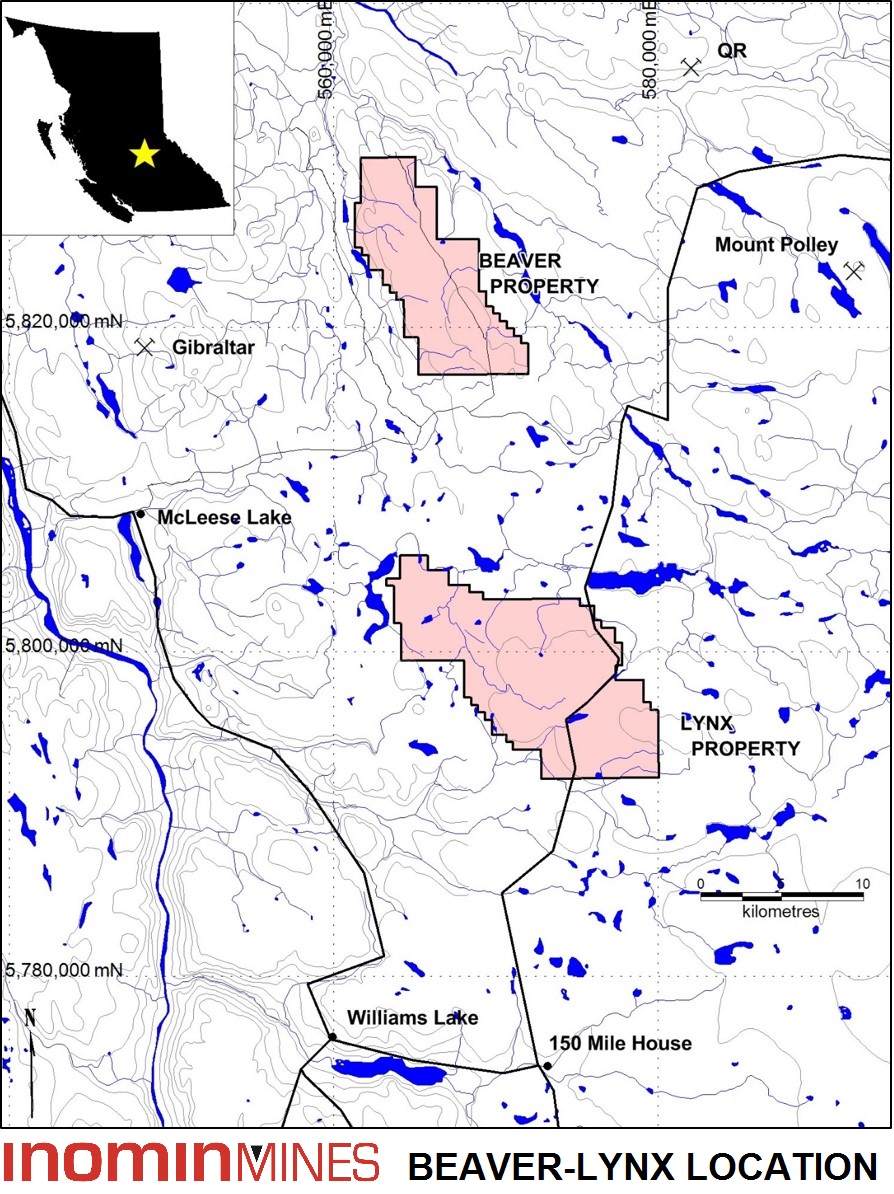 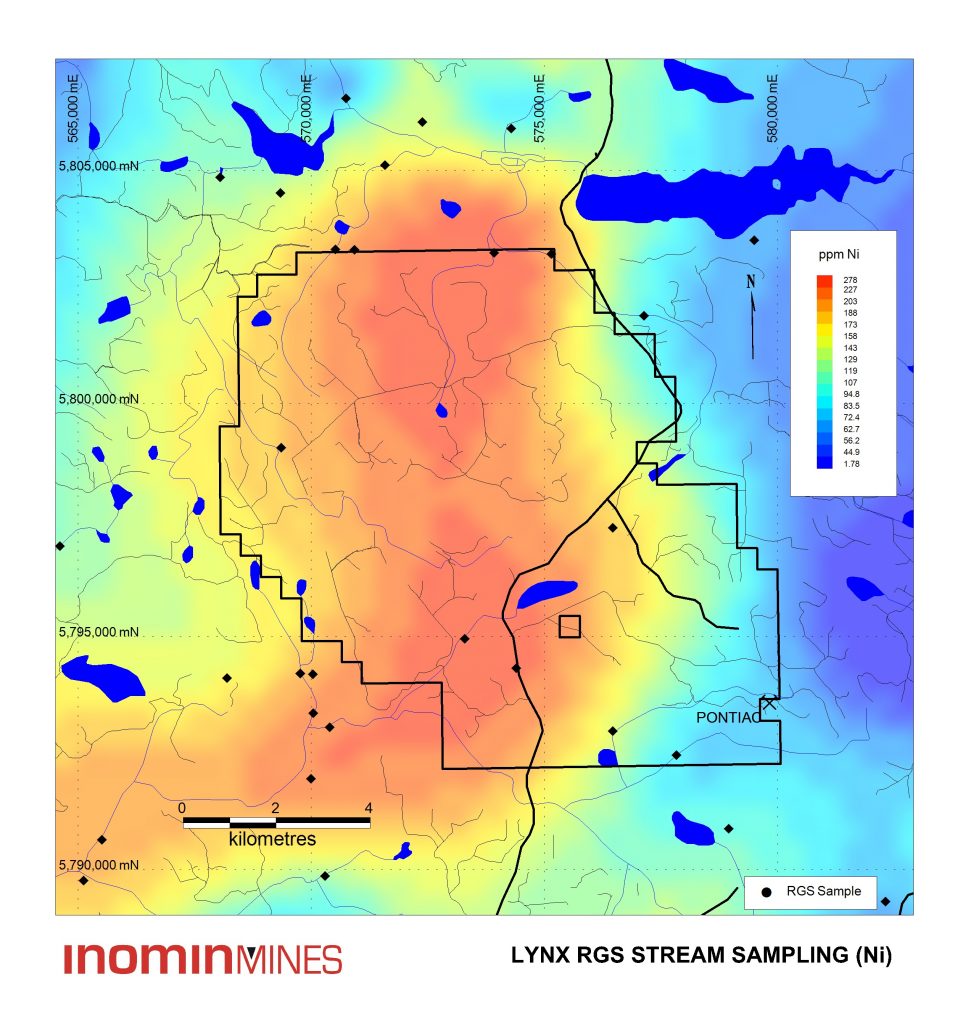 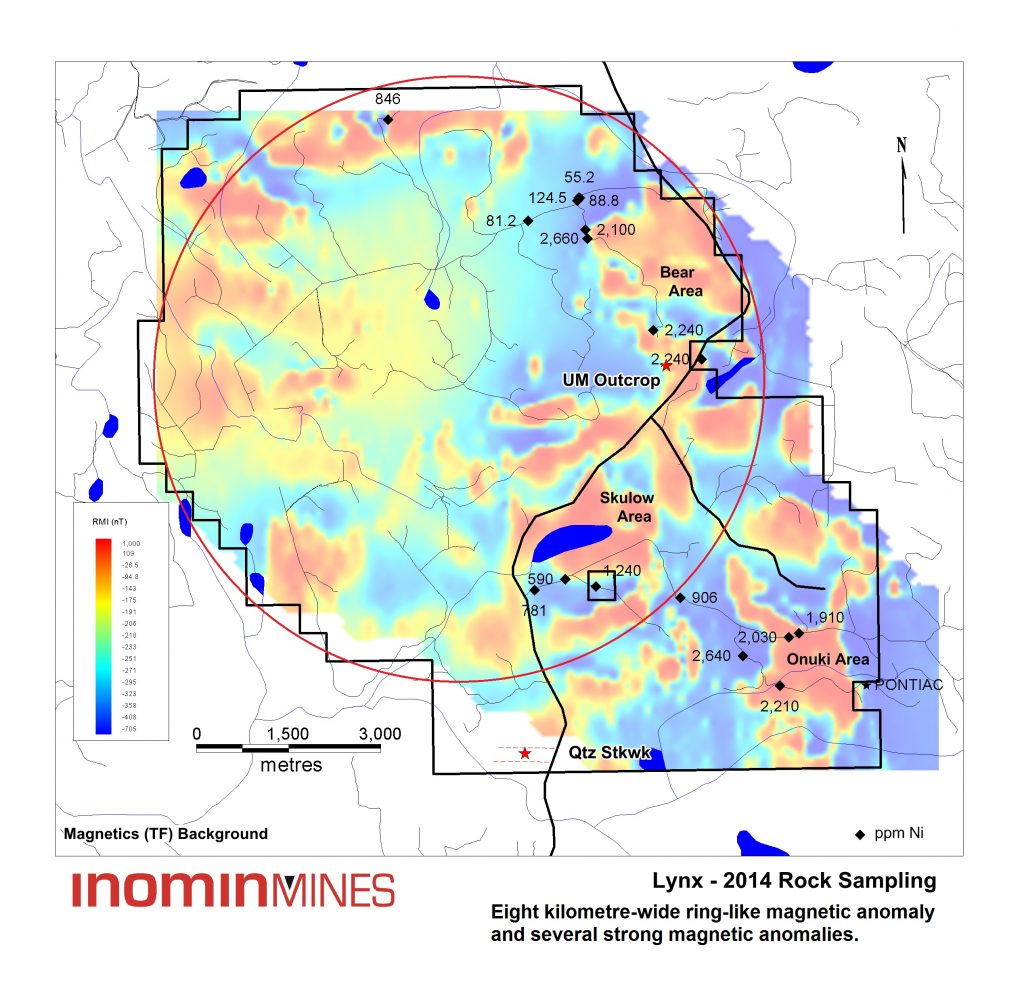 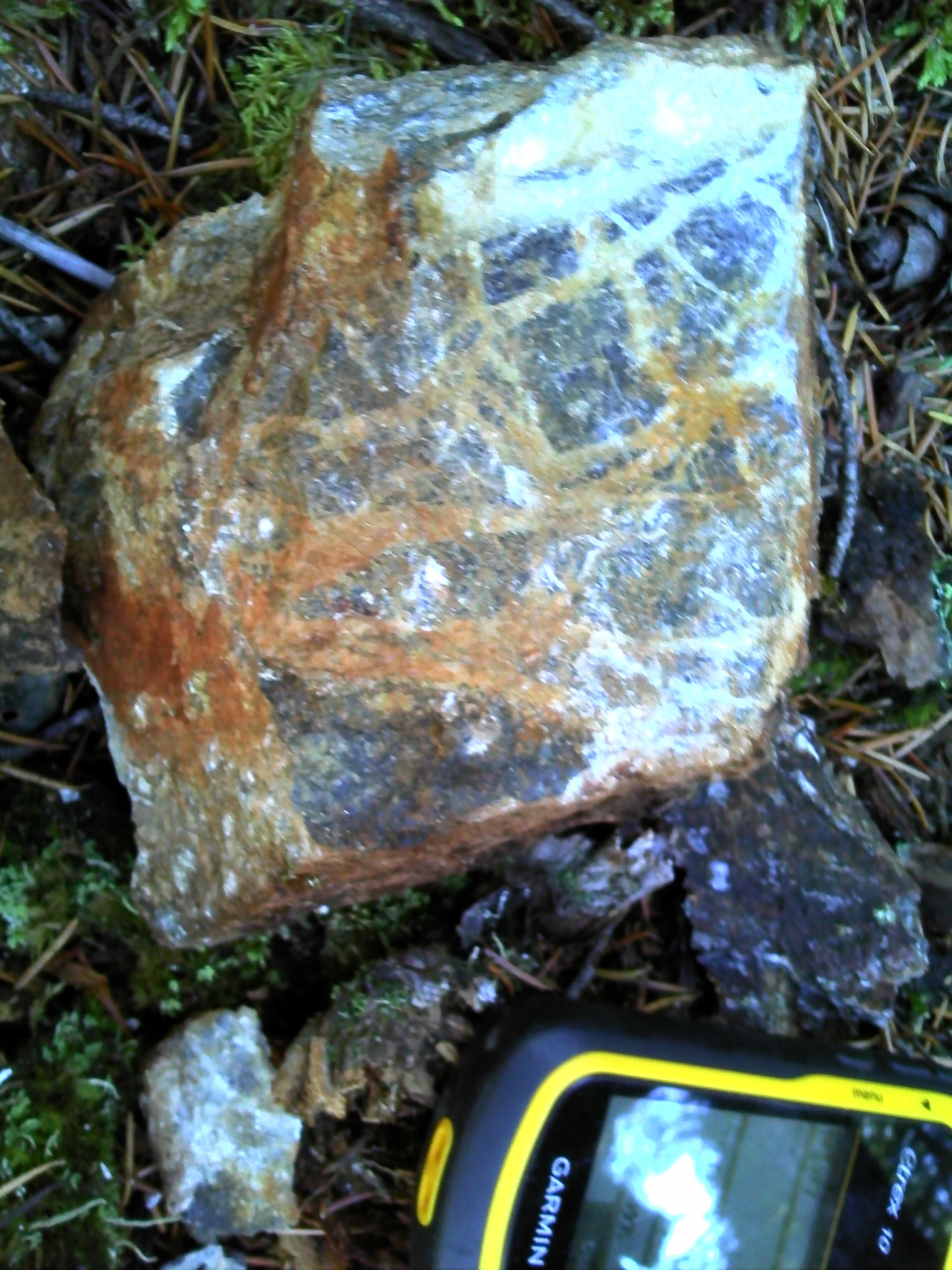