At Beaver, magnetite formed through a serpentinization process on ultramafic bodies occurs with nickel-sulphide concentrations in previously drill tested areas of the property. It is the company’s intention to complete drill tests of priority targets in this newly defined zone followed by a more rigorous drilling program to delineate a nickel-cobalt resource. The ground magnetic survey was completed by Scott Geophysics Ltd. of Vancouver, BC.

John Gomez, President & CEO of Inomin Mines, says, “The ground survey has generated further data to assist us in prioritizing drill targets. We look forward to drill testing these new targets to demonstrate the existence of nickel-cobalt mineralization over a large 5 – 6-km long area.”

In 2015, SGS Canada Inc. completed a QEMSCAN (Quantitative Evaluation of Minerals by Scanning Electron Microscopy) metallurgical study on a sample from drill core demonstrating that 91% of the nickel is present in a recoverable form. Of the 91% recoverable nickel, 48% is Heazlewoodite, 42% Pentlandite, and 1% forms the nickel alloy awaruite.

The Beaver-Lynx properties are relatively flat in terrain and easily accessible via all-season roads, as well as a network of forestry roads providing access to most of the properties. Other important nearby infrastructure includes electricity (hydro-power) and railroad. Skilled workers, contractors, and suppliers are available locally from the city of Williams Lake situated about 20 kilometres south of Lynx.

Electric-vehicle (EV) automakers and EV battery manufacturers are increasing seeking class 1 (sulphide) nickel from clean local jurisdictions. With the rapid global adoption of electric vehicles, nickel use for EV batteries is forecast to accelerate from approximately 4% currently to 31% of the nickel market in 2040. 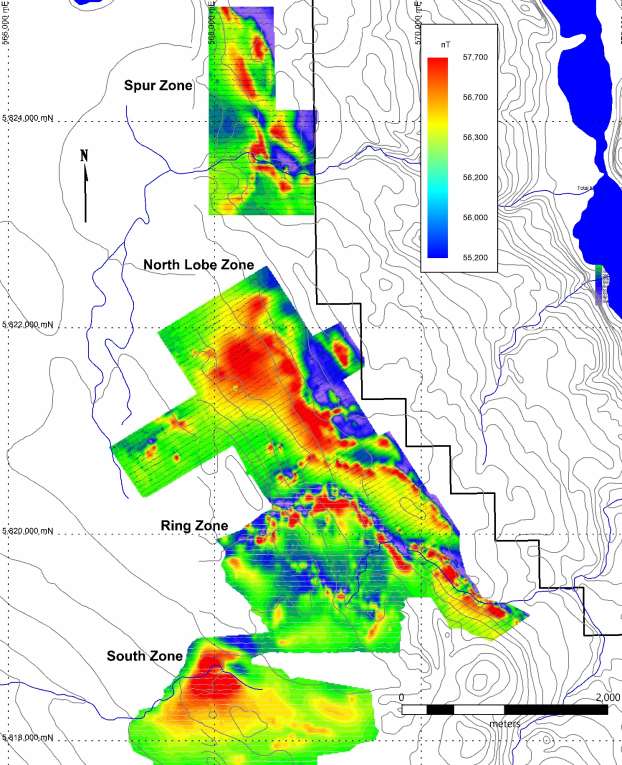 Inomin Mines Director, L. John Peters P.Geo, a qualified person as defined by NI 43-101, has reviewed and approved the technical information in this news release.

Inomin Mines is engaged in the identification, acquisition and exploration of mineral properties, especially gold, silver and nickel projects that display strong potential to host significant mineral resources. Inomin holds the La Gitana and Pena Blanca gold-silver properties in Mexico. The company owns a 100% interest in the Beaver-Lynx sulphide nickel project in south-central British Columbia, and the Fleetwood zinc-copper-gold-silver VMS project in south-west British Columbia. Inomin also owns 100% of the King’s Point gold-copper-zinc project in Newfoundland under option to Maritime Resources Corp. (TSX.V MAE). Inomin trades on the TSX Venture Exchange under the symbol MINE.      For more information visit www.inominmines.com and follow us on Twitter @InominMines.